The jar on the windowsill gleamed rosy red in the sunlight. Mesmerized, I reached out to touch it.

“Rossel,” my grandmother smiled. “Beets special for Passover.”
Years later, when I spied an identical jar on my cousin Eta’s windowsill, childhood memories came flooding back. Inside were the same beets covered by the same rosy bath that I remembered. I was not surprised. After all, Eta and my grandmother, Bessarabians both, prepared all the same traditional foods. But I was amused. Now, decades later in Israel, I had once again stumbled on the rossel of my youth.

In the old country, where many had root cellars, people would begin their Passover preparations as soon as they had put aside their Purim merriment. Farmers hauled in wagonloads of potatoes, the heavyweight staple of every Passover meal. Housewives, dreaming of light, golden sponge cakes, tucked a few eggs aside each time they made the rounds of their chicken roosts. After all, during Passover they would need scores of laboriously whipped egg whites to replace their usual leavening agent, sally-kally (ammonium bicarbonate). Like sally-kally, regular vinegar is also forbidden during the holiday. So these industrious housewives would prepare a kosher-for-Passover substitute from the humble beet. 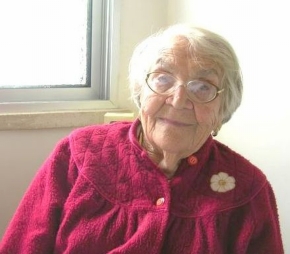 Eta, who arrived in Israel after the Holocaust, is happy to share her recipe.
“A day or two after Purim, you peel your beets and cut them into quarters,” she spelled out. “Then you layer the quarters in a wide-mouthed jar and you add water up to the rim. After you cover the jar with cheesecloth, you stand it on a sunny windowsill. Then you wait.”

Two weeks later, she said, when a telltale white moldy layer begins to inch its way across its rosy surface, you can rest easy. Your beets are fermenting nicely.Exactly one month after Purim, it will be good, sour, and ready to use. Passover rossel.

So how does Eta use rossel? Wiping her hands on her apron, she explained. After grating some of the rossel beets, she mixes them with chopped meat, beaten eggs, and fried onion. Then she shapes the mixture into rosy-hued patties and fries them.
Red rossel patties are not only beautiful to behold but also meltingly tender, reports Aizic, a Bessarabian rossel maven.

“In our house,” he confided, “the rossel patties were always much lighter than our matzoh balls. Just remembering them makes my mouth water.”

If, after making the red patties, any rossel beets remain, Eta adds more water to her beet jar. Naturally, it ferments further. A few days later, she uses this prized soured beet juice to flavor yet another seasonal treat: A holiday version of that well-loved Russian staple, borscht. Eyes shining, Eta declares that her rossel borscht, garnished with a few sprigs of fresh dill and a dollop of sour cream, hits the spot.

Preparing rossel for Passover is second nature to Eta. After all, she’s made it for nearly a century. But tastes change as time goes by. Last year, because some of her guests demurred, she ended up throwing some away. So this year, for the first time, Eta is not making rossel at all. And her nieces, though they know how, are not making it either. Soeven in Israel, rosy rossel will soon be just a memory.